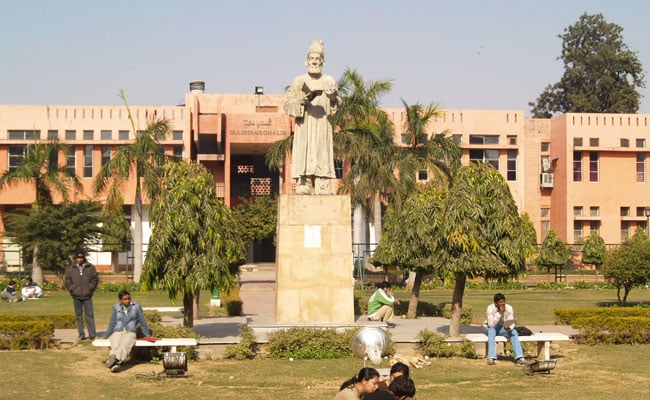 Researchers at Centre for Nanoscience and Nanotechnology, Jamia Millia Islamia (JMI) have developed an ultra-sensitive quantum thermometer from Graphene Quantum Dots (GQDs) array.  The thermometer has quick response time and can measure very minute changes in temperature, according to the researchers. The thermometer, developed by a team of researchers led by the Director of the Centre Prof. S.S. Islam, has a very high sensitivity and can register a change in temperature from 27 degree C to -196 degree C in 300 milliseconds, said a statement from the central varsity.

A statement from Jamia said the thermometer shows extremely quick response time of just about 300 milliseconds to register a change in temperature and it can return to its initial temperature value in as little as about 800 milliseconds.

Results of the study have been published in world famous journal Nanoscale Advances, the statement said.

“The device can find widespread applications in cryogenic temperature sensing. It performs remarkably well even in high temperature window as well.  Owing to its high sensitivity, the device can provide highly accurate temperature measurements.  In its miniaturized form, the device can be used as a thermometer in challenging environments such as living cells or microfluidic circuits,” said the statement.

Although the quantum thermometer presented in this study is in research phase, the team, that also comprises Poonam Sehrawat and Abid, is working on making prototype of this thermometer to be used in electronic devices, as on-chip thermometers which do not even require calibrations because of linear sensitivity plot in both cryogenic as well as high temperature ranges.

Commenting on the work, Prof Islam said “We could not test the device below 12K due to the limitation of experimental setup, but by looking at the sensor parameters, this device can be expected to work in sub- 0K temperatures as well”.