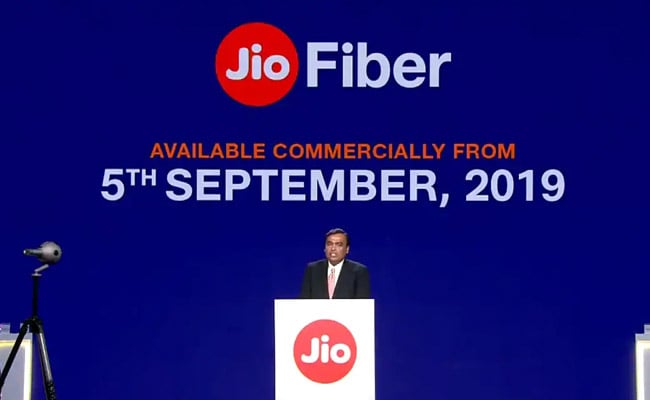 JioFiber, the optical fiber-based broadband service by Reliance Jio Infocomm, has been rolled out with six monthly tariff plans. Priced between Rs. 699 and Rs. 8,499, the JioFiber plans offer internet speed in the range of 100 Mbps to 1 Gbps, according to a company statement dated September 5, the third anniversary of the launch of commercial operations of Reliance Jio Infocomm. Each of the six JioFiber packs comes with features including free voice calls across the country, TV video calling and gaming services, according to Reliance Jio. Also, the top three plans – priced at Rs. 2,499, Rs. 3,999 and Rs. 8,499 – include “platform access to first day-first show” movies and sports content additionally, according to the company. (Also read: Reliance Jio rolls out broadband service JioFiber – all you need to know)